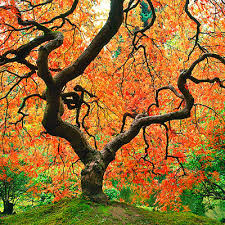 This is an excerpt taken from a longer piece I wrote about my interest in researching the CHH thread back through my Mennonite family tree.

I roll out the 3 x 4 foot scroll that is my family tree on the hardwood floor of my apartment, old paperback copies of the British mysteries that are my guilty pleasure hold down the curled-up corners. The details of the tree read like a novel, the plot unfolding across continents, its branches recounting a five-century’s old tale of faith, tragedy, and love with more plot twists and turns than a writer could imagine. Outlined against the yellow wood of the floors, the overlapping branches remind me of the bittersweet my mother picks, decorating the house with its bursts of color, the spindly branches twisting in on themselves so that it’s nearly impossible to disentangle the bright orange pods to determine where each branch begins and ends.

Following my diagnosis, my mother began her genealogical research, tracing our Mennonite and Amish ancestors back through the generations to the Anabaptist movement in sixteenth-century Switzerland. And from there, even further back to what seems an impossible thirteenth century. It’s not unusual to see one ancestor noted several times throughout my family tree, like the widow Barbara Yoder and her second husband, Hans Yoder, who appear five times across the fanning branches, their boxes outlined in a cheerful bubblegum pink. Set against the myriad of colors, the chart looks like a dysfunctional Christmas tree with its sporadic shades of purple, blue, yellow, and green highlighting the boxes of my ancestors who appear more than once throughout the generations, the coloring representing the century’s-old tradition of marrying within the faith.

Thanks to my mother’s research, many of the entries not only have the person’s full name, but also where they came from, the dates of when they were born, married and died, and in some instances, a brief description allows a slim snapshot into their lives. For instance, ten generations back, I see that Jacob Beiler from Switzerland sailed to the New World via the Ship Charming Polly on October 8, 1737. And that “Indian” John Miller, son of Christian Miller and married to Magdalena, immigrated to America on September 15, 1749 on the Ship Phoenix, only to be wounded by Indians when an Amish family living nearby was taken captive. Scanning further down the line to the seventh generation, I see that Johannes Helmuth and Johanetti Elizabeth Himmelmann were divorced after having three children together; certainly no small feat for an Amish couple.

Gazing at the family tree, seeing the stories come to life behind the scripted blocks of letters, reminds me of my first lesson in art history. I was sitting on the scarred wood floor of the National Gallery in London as our professor presented The Arnolfini Portrait by Jan van Eyck. With a storyteller’s ability to draw in her audience, she clued us twenty-something’s into the immaculate detail of the portrait; the symbolism behind the oranges sitting on the windowsill, the witty and ornate Latin signature of the artist painted on the chamber wall, and the mirror inset with ten religious medallions depicting the life of Christ. It was the first time history came alive for me. I’d never been able to memorize dates of events or remember who fired the first shot in any of my history courses and yet, ten years later, I can still conjure up the details of paintings I studied and the slice of history they represent.

For someone who’d spent her life wrapped in the cotton wool of a small, Mennonite community, London was an oasis of possibilities. There was something extraordinarily liberating in living amongst a city of people who couldn’t care less about what you were or were not doing. And to an American born on the wrong continent, Europe was a kaleidoscope of history, beauty and liberalism, with its ancient architecture and secular beliefs. Leaving our crumbling university housing on Gower Street, I welcomed each morning by picking up a coffee at the corner café before making my southward descent, skirting around the corners and through the side streets of Soho, Convent Garden, and Trafalgar Square until I crossed Waterloo Bridge and reached the Strand. I walked with my headphones on at harmful levels to drown out the puttering scooters and buses. Walking amongst a city of millions, for the first time in my life, I felt anonymous and so utterly ordinary. It was marvelous.

Everyone’s family has a story to tell. Our parents, grandparents, great-great grandparents and on down the line lived through wars, depressions, and genocides. Families moved continents, people fell in love, had affairs, gave birth to children and buried children. Their stories are fascinating. But for many my age, listing off our great-grandparent’s names, much less where they were born, what they did for a living, or even what they were like, would be like asking us to remember a time before the internet. And it’s amazing to me that most of us don’t dig deeper into our family histories because they’re far more dramatic than any episode of Downton Abbey could ever be.

Like the paintings that tell tales of times and places from long ago, this is how I see my family tree; it’s branches a beholder of stories, a window into the past, and for me, the key to my dwarfism. 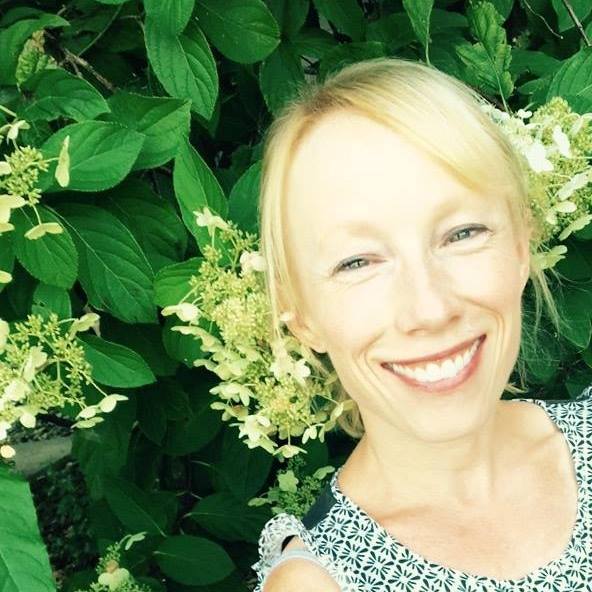 "I think it pisses God off if you walk by the color purple in a field somewhere and don't notice it. People think pleasing God is all God cares about. But any fool living in the world can see it always trying to please us back."
- Alice Walker
Genealogy